Home > FAQ > How to process rice after harvesting?

How to process rice after harvesting?

Rice is widely distributed in the world. It is grown in every continent in the world, including Asia, Europe, America, Africa and Oceania. Paddy itself cannot be eaten directly, so how to process rice after harvesting paddy is the most important issue. This article will briefly introduce the process from paddy to rice. 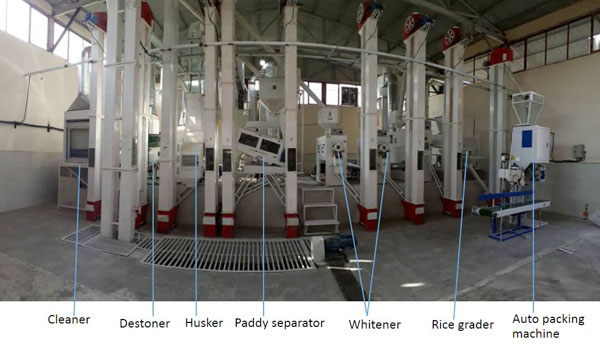 After raw paddy is cleaned, the second step is paddy de-husking and grading. Husker machine and paddy separator are furnished. Inside husker rubber rollers are running in opposite direction, which can remove rice husk mostly. After that we will get mixture of paddy and brown rice, then we need to use paddy separator machine to separate them. Paddy will be returned to husker machine and brown rice will be sent to next process. 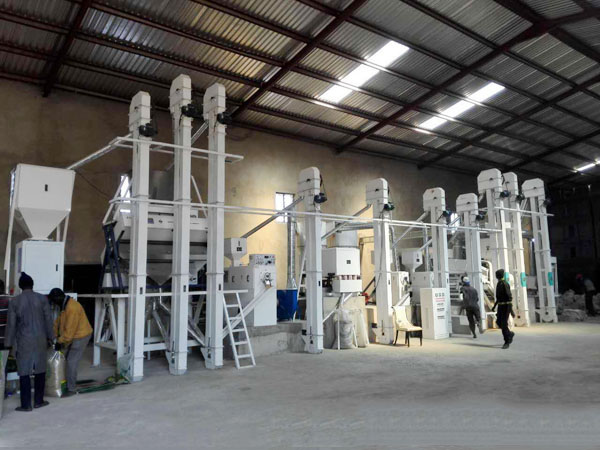 The third step is rice milling. Brown rice will be sent to rice whitener machine for to remove bran and get white good quality rice. Normally multiple miller machine will be furnished to increase output yield as well as processing capacity.

Last step is rice grading and polishing. After milling process, here comes to polishing part. With spray water and polishing function, polisher can make rice have better appearance. Later rice will be transported into grader machine to separate broken rice and getting full piece rice as output. If you have much higher requirement, we can furnish you a color sorter machine following polisher, which aims to separate grey rice and get white rice as output.

Our company can furnish different capacity and various configuration rice mill plant to meet clients' requirements for different rice quality. All machines can be connected into a whole plant by numerous elevators and conveyors. If you don't know what to do with paddy after harvesting, please contact us for further discussion.

Next: How to produce rice in high quality?